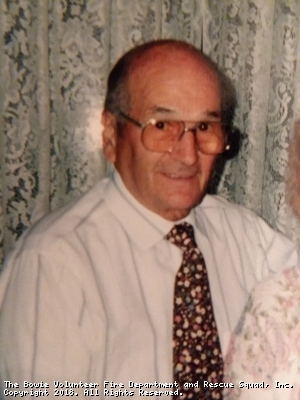 Joe joined the Bowie Volunteer Fire Department in September 1965 as one of the first members at Station 39.  Prior to moving to Bowie in 1964, Joe was a volunteer firefighter in Fairview, New Jersey, from 1949-1962 where he was a Truck Captain at Fairview Hook and Ladder Station #2.  Joe was active in Bowie from 1965 until he moved to Florida in 1982.  When he would return to Maryland to visit family, he would spend time at the station responding to calls.  During his time at Station 39, he was Vice President in 1975 and 1976.  In addition to his time in New Jersey and Maryland, Joe was an Associate Member at his local fire stations in Florida and Tennessee. 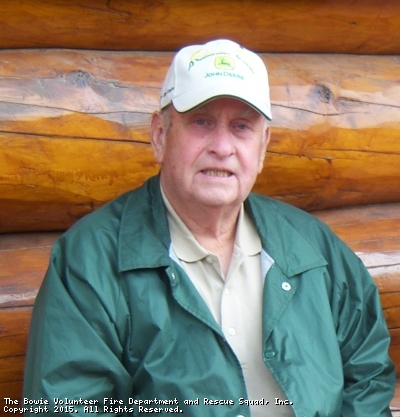 Tommy was hired by the Bowie Vol. Fire Department in 1965, where he worked at all three stations during his career.  His fire service career was interrupted by service in the U.S. Army, in 1968 and 1969, serving with the 1st Air Calvary Division, 13th Medical Battalion in Vietnam.  Upon his return home, he was transferred to the Boulevard Heights Vol. Fire Department from 1970 until 1973.  Transferred back to Bowie in 1974, Tommy served as the Technician until he retired in 1993.  He was considered by many of his peers to be one of the best technicians in the fire service in Prince George’s County.  Tommy was awarded Life Membership status in the Bowie Volunteer Fire Department in 1993 and served as a volunteer technician and member of the Apparatus and Equipment Committee until his death.  Tommy was a patient mentor to generations of firefighters in both the Bowie Volunteer Fire Department as well as the Prince George’s County Fire Department.

Robert served the Department in many capacities. He was the Assistant Secretary of Station 39 for several years and served as the Assistant Treasurer for numerous years until he became ill. Robert also assisted our membership coordinator, Claudia Ploor, with on-boarding new members to the Department. Up until Robert became ill, he was an active riding member at station 39, actively participating on his duty night. Robert was known for sleeping in, ensuring the ambulance was adequately staffed to respond on any medical emergency. Outside of the BVFD, Robert served as a full-time faculty member and instructor with the Maryland Fire and Rescue Institute (MFRI). Robert is survived by his wife Barbara, daughter Suzy, and son Garrett. 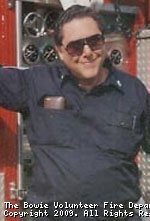 Curt became a member of the Bowie Volunteer Fire Department in 1969, after serving two years with the Berwyn Heights Volunteer Fire Department. During his 34 years of service to the BVFD, Curt served in the positions of Sergeant, Lieutenant, Captain, Assistant Chief and Deputy Chief. Curt's years of distinguished service earned him "Life Member" status. Curt's influence on the BVFD continues through his son, Jason, who is currently serving as the Deputy Chief at Company 43. 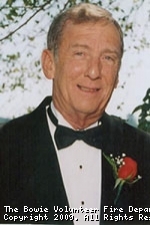 Bill joined the Hyattsville Volunteer Fire Department in 1960 and was hired by the City of Hyattsville as a career firefighter in 1961. He served in that capacity until 1966, when Prince George's County went to the Charter form of government and he became an employee of the County. He retired as a Lieutenant in December of 1991. His time as Lieutenant included several years at Company 43. Bill joined the Bowie Volunteer Fire Department in 1992 and served in the positions as Captain and Assistant Chief at Company 43. Bill remained active with the BVFD until his move to Florida in 1999.