The members of the Bowie Volunteer Fire Department would like to wish Lt. Brandy Kreitzer of Company 43 great success as she joins the new recruit class for the Prince George's County Fire and EMS Department, which will begin training on February 1, 2010. Brandy has been a very active member of Bowie VFD for approximately 4 years. 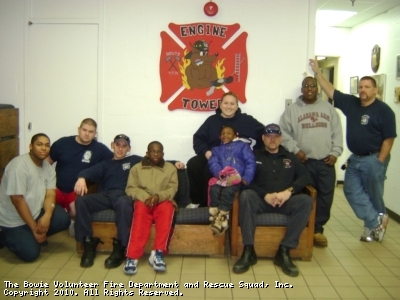 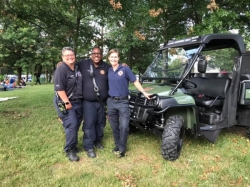 Laurel VFD (Co.10) and Laurel Volunteer Rescue Squad (Co.49) requested EMS support from Gator 839 for the City of Laurel fireworks display on 7/4/21. This resource helps to speed response to emergencies in crowded or hard to access locations.
➜
Are You Ready To Give Back? 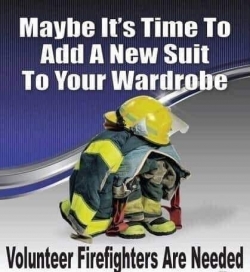 Volunteers have been giving back to the citizens of Bowie since 1928 as Volunteer Firefighters, Emergency Medical Technicians, and Auxiliary Support Members. If you are ready and able to give back to our community in their time of need, we want you as part of our Volunteer Family.
➜
BVFD Member Advances to Paramedic 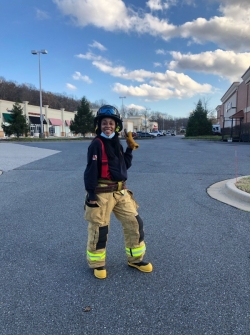 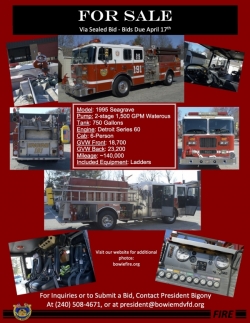 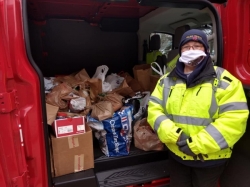 Community - Last year the Bowie VFD graciously accepted 17 full shopping carts worth of donations for the Bowie Interfaith Pantry and Emergency Aid Fund during our annual Santa drives. Knowing that the need for help is at an all time high this year, we aspired to beat last year's total.
➜
We Need Your Support

Citizens in the Bowie area may have recently received our annual fund drive donation request in the mail. We understand this year may be especially hard on many families, and we truly appreciate any and all donations you make, big and small.
➜
Veterans Day Service 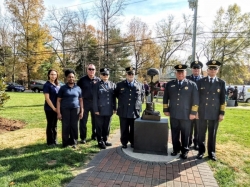 On Monday November 11th Volunteers from the Bowie Volunteer Fire Department took time out to participate in the ceremony at Veterans Park in Old Town. We will always be thankful for all that serve our country in uniform.
➜
Auilliary & Fire Extinguisher Teams @ Mount Oak Church 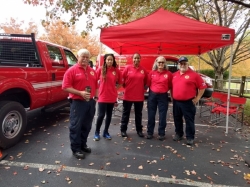 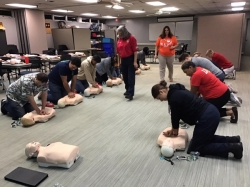 The CPR for Bowie team is a group of Bowie Volunteer Fire Department members who are dedicated to sharing lifesaving CPR and AED skills with the public. On Wednesday October 23rd our team was hosted a class of students from around Prince Georges County to help them complete their training as part of...
➜
Fire Extinguisher Training w/ Cadets 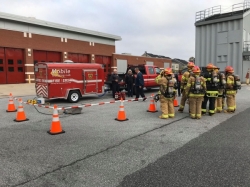 On Monday October 21st Volunteers from Bowie Volunteer Fire Department provided hands on Fire Extinguisher Training the the Fire Cadet Class at Charles Flowers High School. The BVFD is proud to share this training to Fire Service Members and citizens throughout the area using our Bullex Training Too...
➜
Bowie VFD Adds Gator to Fleet 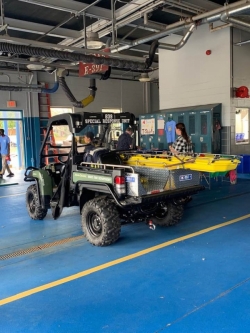 The Bowie Volunteer Fire Department regularly monitors trends within our area to be sure our members are trained and equipped to respond to the needs of our community. Access can become a challenge with a rise in the level of use the local hiking, biking, and running trails are seeing as well of th...
➜
Open House Thank You!

The Bowie Volunteer Fire Department would like to thank everyone that helped make our Annual Fire Prevention Open House a success.Thank You to all of our citizens that took time to join us for information, demonstrations, and the chance to meet our dedicated Volunteer Fire and EMS 1st Responders.Tha...
➜
34th Annual Open House @ Co. 39 October 12th

Join us for a day of fun for the whole family...This annual event is held each October to educate the Community of Bowie in fire prevention and home safety. This year will be our 34th annual program.
➜
PGCVFRA Recognizes Members 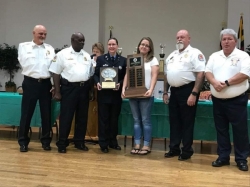 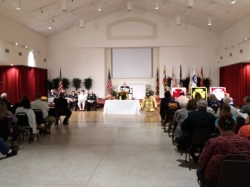 On Wednesday September 25th several Bowie VFD members participated in the Annual Prince Georges County Volunteer Fire & Rescue Association Convention Memorial Service. 3 members of the Bowie Volunteer Fire Department who passed away in the last year were among the 30 Fire/EMS and 10 Auxiliary Vo...
➜
National Night Out is August 6th

The Bowie Volunteer Fire Department will be out to support City of Bowie National Night Out on August 6th at Allen Pond Park. We will have safety information, me,mbership information, and apparatus on display (if available).
➜
Volunteers Wanted! 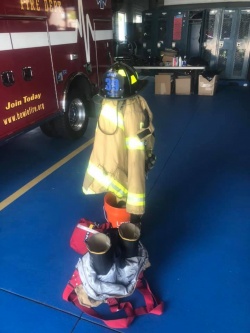 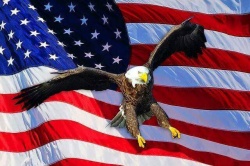 As you plan your Independence Day celebrations, please remember that the private use of any and all type of fireworks is illegal, Setting off fireworks at home can cause serious injuries and property damage.
➜
Bowie VFD Hosts MSFA EMS Meeting @ Co.43 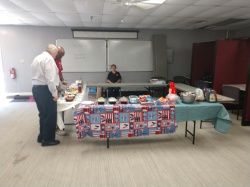 Members of the Bowie Volunteer Fire Department hosted the Maryland State Firemans Association EMS Committee at Company 43 today. We provided lunch from Jersey Mike's for the group prior to the start of their meeting in the Robert Wright Training Hall.
➜
BVFD Hosts National EMS Memorial Ride @ Co.19 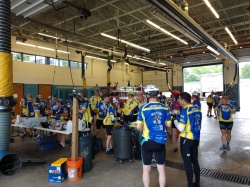